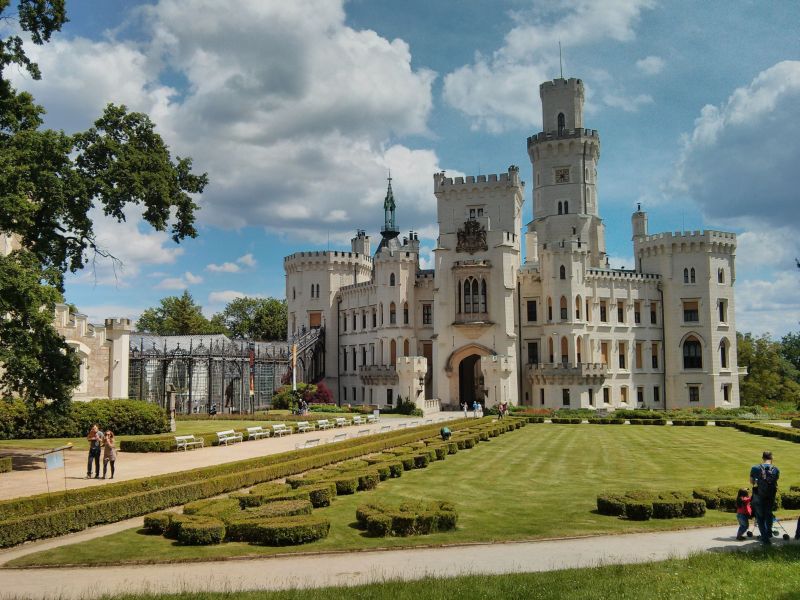 Architecture of Hluboka Castle was originally gothic. In late 16th century, it was rebuilt into a renaissance chateau. In early 18th century, Schwarzenbergs rebuilt the chateau into baroque style. In the years 1840-1871, Hluboka was rebuilt into the chateau in neo-gothic romantic style, sometimes also called “Tudor-style”, including the arrangement of the park and the surrounding countryside.

Hluboka Chateau owes its current appearance to Prince Johann Adolf II Schwarzenberg and his spouse Princess Eleonore, née Princess of Liechtenstein. Johann Adolf II, as a representative of an important and wealthy family, attended the coronation of Queen Victoria in 1838. He was inspired by the design of Windsor Castle. The reconstruction was provided by viennese architect Franz Beer, and after his death by Damasius Dworetzky.

You will visit this awesome place. It is popular especially for women. A romantic look of the chateau and its gardens gives you an experience of beauty and art. You can enter into the private rooms of the last owners, the Prince Adolf and his wife Hilda.