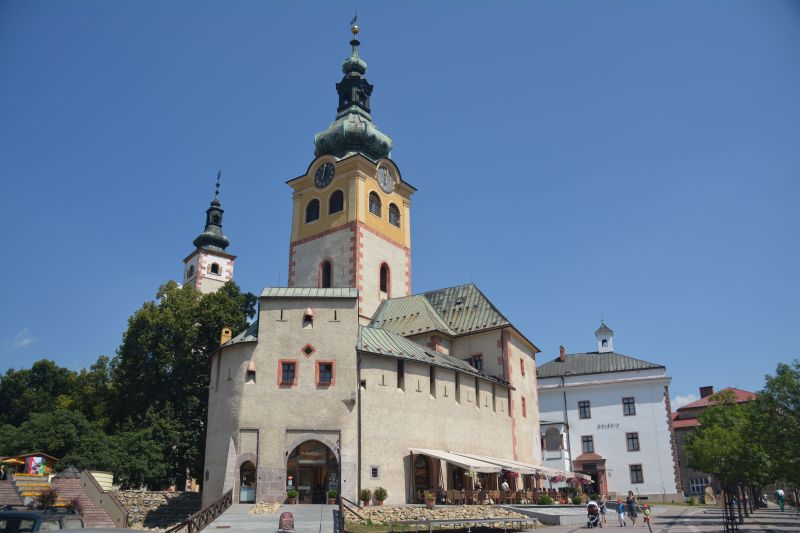 Banska Bystrica is an ancient historical town from 13th century established in center of Slovakia. Banska Bystrica it is known for the mining and the Slovak National Uprising in 1945, during WWII.

History of Banska Bystrica started in 13th century. It was founded in 1255 by the Hungarian King Bela IV. Banska Bystrica was a mining town. Mainly copper, iron and silver were mined there. In 13th century, the Germans started moving there bringing the German mining equipment and technology. The town was fortified in the 15th century by city walls, protecting the inhabitants against the incursions of the Ottoman Empire.

The city flourished and became a very important mining and commercial center. The motto of Banska Bystrica was “During Life in Banska Bystrica, after death in the heaven”.

Banska Bystrica became an important city in WWII. It was a center of The Slovak National Uprising on 29th August 1945. This was the biggest uprising against Nazi rule during WWII. The uprising was started by the radio broadcasting of the Free Slovak Transmitter, situated right in the center of Banska Bystrica.

The most typical architecture of Banska Bystrica can be found on the Main Square, named as “Square of Slovak National Uprising”. It has been and still remains the place of markets and social life. The most typical sites are Main City Tower, towers of Barbican and definitely the Stone Fountain from 16th century.

You can admire this square with townhouses of noble families, town walls, The Town Gallery, The Church of Assumption of our Lady from 13th century, The Cathedral of St. Francis Xavier with its modern architectural reconstruction from this century. You can explore The Slovak Uprising Memorial, with Russian and German weapons used in WWII. The Memorial was created in 1969 by the architect Dusan Kuzma.

Your trip will be set up based on your individual needs.