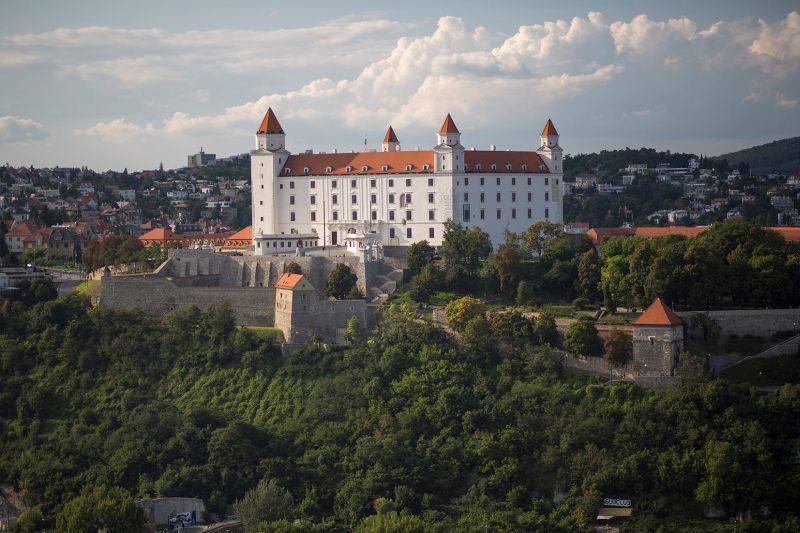 History of Bratislava started very early. The archeological research found the traces of civilisation from 14-10 millions years B.C. Bratislava was inhabited in every period since that time by Asians, Celts, Romans, Germans and Slavs. Slavs stayed here since 500 A.D. One of the most known early states were The Samo’s Empire (623-659) and The Great Moravia (since 833).

Bratislava became the coronation city in 1563 and continued as such till 1830.We can proudly claim that 19 of Kings and Emperors were crowned there. Maria Theresa was crowned on 25 June 1741 as the Queen of Hungary in St. Martin’s Cathedral in Bratislava. Maria Theresa often visited Bratislava and stayed there for some time. She contributed to the development of the city.

The very first version of Bratislava Castle was built in 9th century. It changed through the centuries, it was completely rebuilt between 1431-1434 and then also in 18th century by Maria Theresa. The castle has an unforgettable shape of a table placed upside down, crowned with four towers.

You can see the Bratislava Castle, the St. Martin’s Cathedral, the Old Town of Bratislava and unforgettable top view to Bratislava from “ The UFO Restaurant” on the New Bridge.

Your trip will be set up based on your individual needs.