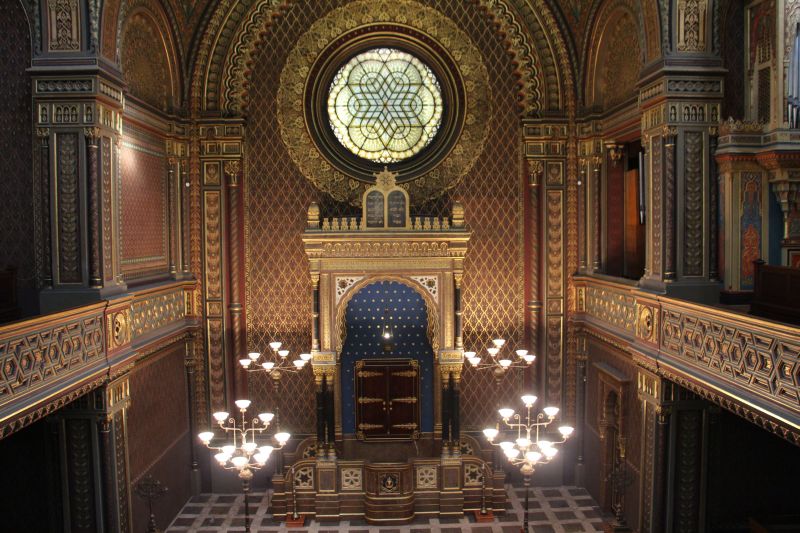 Jewish Prague is a walking tour following the most important Jewish sights in Prague.

Jews lived in the Czech territory since 10th century. They use to come as merchants, businessman and craftsman. Since the beginning of the 13th century they had to live in restricted areas called “ghettos”. The most important Jewish Ghetto, was of course, situated in Prague. The Golden Jewish Period was the second half of 16th century. Thanks to the Emperor Rudolph II they lived in peace. Unfortunately a period of religious wars followed. The Emperor Joseph II relaxed partly the discrimination at the end of 18th century.

The Jewish Quarter was almost entirely rebuilt in 1890s. Nevertheless, several synagogues and the Old Jewish Cemetery survived all the changes. Prague Jewish Quarter is one of the largest and the most preserved in the Europe.