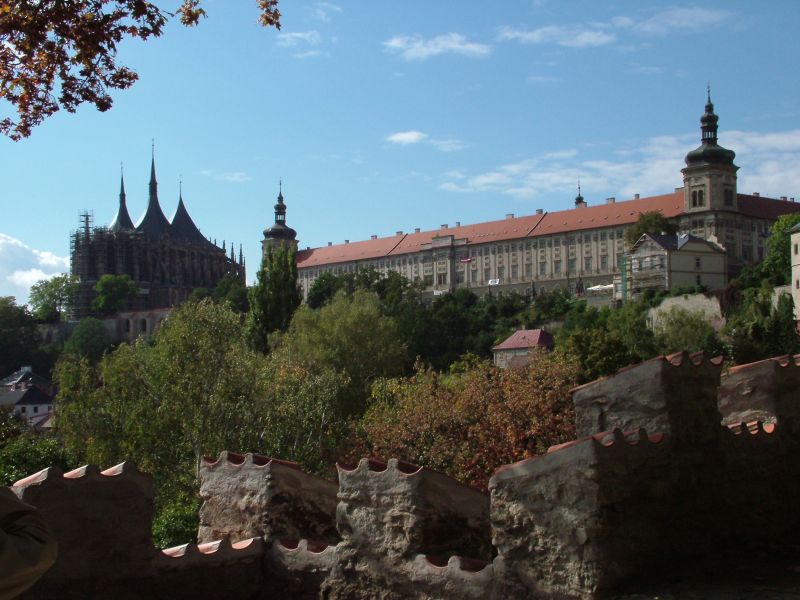 Kutna Hora, known as the Bohemian Athens, is a silver mining town from late 13th century. It is listed as UNESCO heritage sight.

Towards the end of 13th century, the king Vaclav II took over and Kutna Hora became the second most important town after Prague. Wealth of its mineshafts became the basis of royal power in the Bohemian Kingdom and a major source of funding for the magnificent building of the Luxemburg era throughout the 14th century.

Wealth of Kutna Hora allowed to building magnificent five-naved Saint Barbara’s Cathedral. The construction started in 1388 in Gothic style. Saint Barbara is the patroness of miners.

Sedlec Ossuary is a church of All Saints with an underground chapel, filled with human bones, situated in suburbs of Kutna Hora. The ossuary was created from skeletons of between 40,000 and 70,000 people, artistically arranged to form decorations. You will see an unusual bone chandelier, containing every bone of the human body, or Schwarzenberg coat of arms assembled from human bones.

You will admire the architecture beauty and hear many stories about Kutna Hora and Sedlec Ossuary.