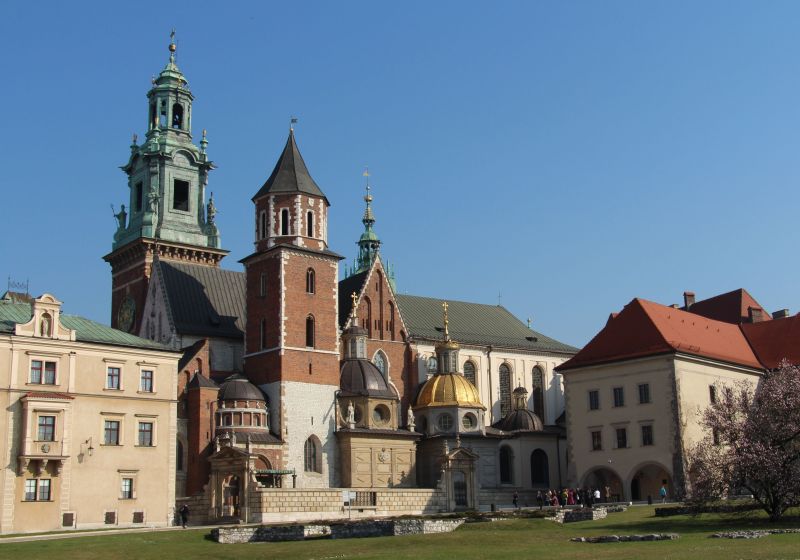 Krakow is an ancient Polish city. Its history and importance is connected especially with Jewish heritage and WWII. Krakow is known as an old Royal Polish seat and also for the fact than in its vicinity, we can find the largest concentration camp from WWII named Auschwitz (in Polish Oswiecim).

Krakow was founded in 9th century as a defensive castle at the crossroads of trade routes. It was the part of the Great Moravian Empire, ruled by prince Svatopluk. Krakow Castle Wawel was built in 10th century. Since 1320, Krakow was the coronation city of Poland.

Krakow history is connected with the WWII very strongly. Nazis occupied Krakow in 1939, creating a Jewish Ghetto in the district of Podgorze in 1941. It was among the five biggest ghettos in Poland. It was not allowed for the Jewish people to leave this area. The Ghetto became the home for several known people, as Roma Ligocka and Roman Polanski and of course a dubious Nazi official Oskar Schindler.

Oswiecim, in German Auschwitz, is a small town with the largest concentration camp complex from WWII. Just a mile and half from there we can find a small village Brezinka, in German Birkenau, where the largest part of the camp complex was established.Located near Krakow, it was built on the orders of Himmler in 1940. The camp is known as “the death camp”. About 1.5 million people, mostly Jews, were killed there. The camp is also infamously known for presence of doctor Josef Mengele and his horrific experiments.

For many visitors Krakow is connected with Oskar Schindler. His story story of life inspired “The Schindler’s List” movie. His former factory was nowadays transformed into a modern audio-visual museum. You can follow the timeline of WWII there, it is very impressive.

Krakow is also an architectural and art city. It was not destroyed too much during WWII. You can find there many beautiful sites, the famous Wawel Castle, formerly the Royal Seat with the Old Cathedral represents the power of medieval Poland. A very beautiful Old Market (Sukiennice) on Rynek Glowny (Main Square) is still active and you can buy there some of nice and typical local jewels and art products. You can also admire the original masterpiece painting “Lady with an Ermine” painted by Leonardo da Vinci, exhibited in Princes Czartoryski Museum.

You can follow Jewish history traces in Krakow as a walking tour. It is a very nice stroll through nine synagogues and the Old Jewish Cemetery. The walking trail is very well mapped and the map is displayed at the entrance of every one of them.

All this together is the reason, why the historical center of Krakow together with the Wawel Castle area were listed as the UNESCO World Heritage Site already in 1978.

Your trip will be set up based on your individual needs