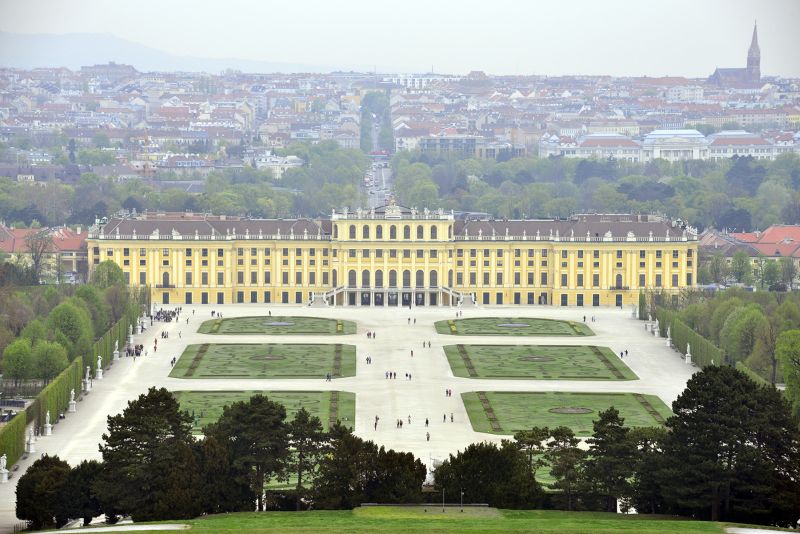 Vienna is the capital of Austria. It is worldly known especially for the Habsburg dynasty and their Austro-Hungarian Empire and also well known to the music lovers especially for the classical music and viennese waltzes. Historical city center of Vienna was listed as UNESCO heritage site in 2001.

Vienna was created in 1th century A.D. as the Roman legion camp. Roman emperor Marcus Aurelius lived there shortly and probably died here. Germanic tribes came there in 5th century. The first royal family was Babenberg. After they died out, the Habsburgs successfully conquered their heritage and became the rulers of Austria. During the reign of Emperor Charles VI, his daughter Maria Theresa and her son Joseph II in 18th century, Vienna became one of the centers of Central Europe and the thriving center of culture and art.

Vienna is known as a music city. In the 18th and 19th century, the world famous artists lived in Vienna as Haydn, Gluck, Mozart, Beethoven, Schubert, Brahms, Bruckner, and of course a founder of the popular waltzes J.Strauss.

Vienna is known for its delicious pastry and especially for a cake named “Sacher Torte”. The cake was made for the first time in 1832 by then 16 years old boy named Franz Sacher for the Chancellor Metternich. The cake is a simple chocolate cake with a thin layer of apricot marmalade. It became famous in the world. The original cake is protected by a trademark. You can taste it in the Hotel Sacher.

You can admire the Vienna State Opera, the AlbertinaPlatz with the Albertina Museum, the Hofburg Palace, the Michaelerplatz, the St. Stephen’s Cathedral as the largest cathedral in Vienna. You can visit the summer residence of the Habsburgs, famous Schönbrunn Palace.

Your trip will be set up by your individual needs.