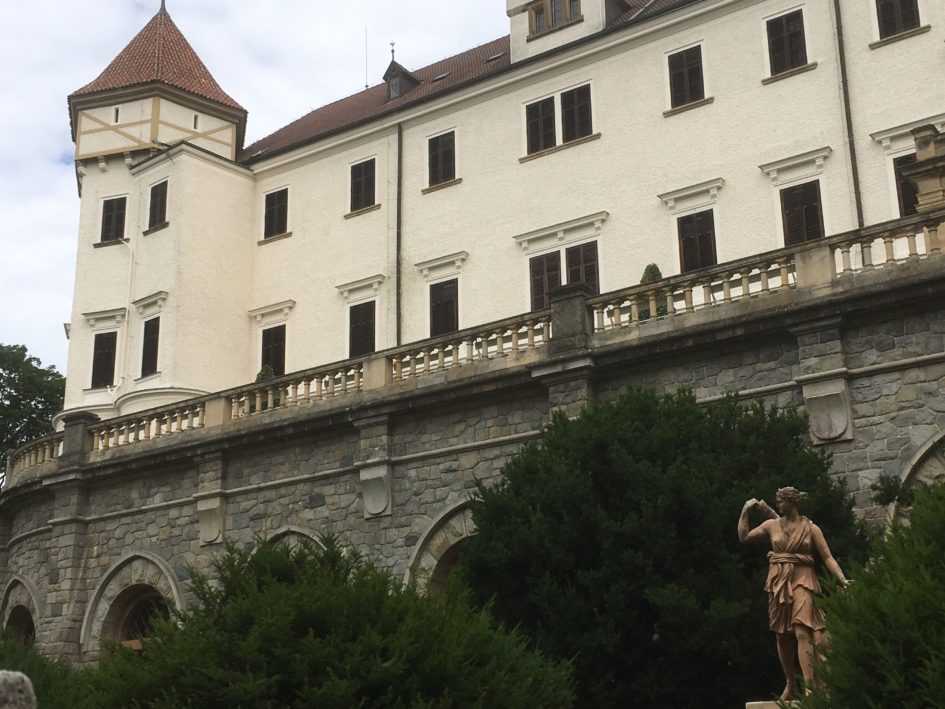 Konopiste Chateau is situated southeast of Prague. We always connect it with the life and death of archduke Franz Ferdinand d’Este. Yes, it is him, who was killed in Sarajevo, and whose murder started WWI (First World War).

History of Konopiste Castle starts in 13th century, when bishop Tobias of Bechyne ordered to built it as a fortress. Konopiste changed its owners several times. Every owner change the appearance of the castle according to his own desires.

Franz Ferdinand d’Este bought the castle in 1887 from Lobkowicz family. Shortly after he madly felt in love and later on married to a Czech Countess Sophie Chotek. This true love story ended on June 28 1914 in Sarajevo. Franz and Sophie were both killed by Serbian anarchist Gavrilo Princip. This assassination started WWI.

Franz rebuilt the castle into nice romantic chateau with landscaped park and garden of roses. The chateau includes a big bear breeding from 19th century till now. A bear was a symbol of power. Franz placed into the chateau his huge art collection, acquired as an inheritance after his Italian ancestors and as his own collecting activities.

You will enjoy visiting the Konopiste Chateau in the same state as during Franz Ferdinand d’Este family’s time. The shape of chateau and its exterior and interior furnishing remains almost intact.