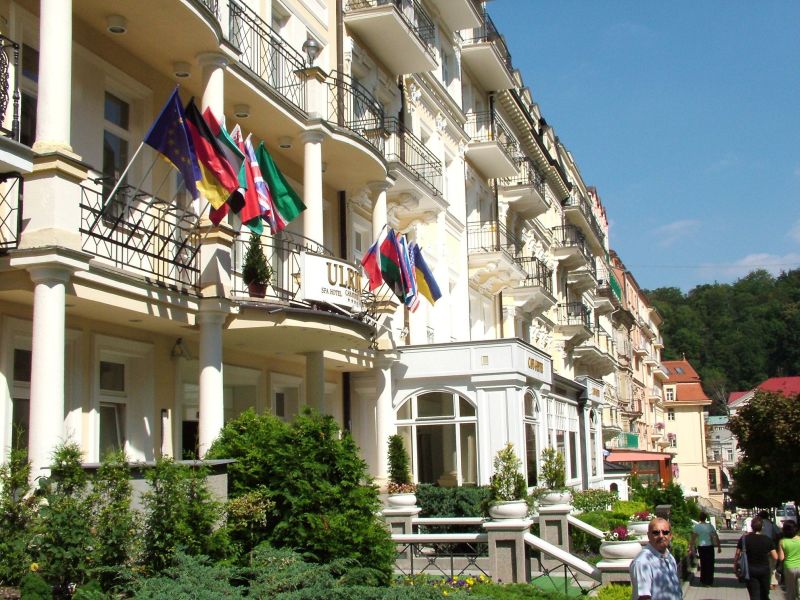 Karlovy Vary is a wonderful ancient, cultural and spa town in Western Bohemia. Karlovy Vary, in one word, still represents the charm of the Habsburg Monarchy in 19th century. This trip is built on its famous architecture and beauty.

Karlovy Vary was named after Charles IV (Karel IV), Holy Roman Emperor and King of Bohemia, who founded the city in 1370. The city developed into a famous spa resort in the 19th century and was visited by many members of European aristocracy as well as celebrities from many fields of endeavor. It is known by its spa facilities and 15 hot mineral springs.

Karlovy Vary is also known for the Karlovy Vary International Film Festival, which is one of the oldest in the world and one of Europe’s major film events. The city has been used as the location for a number of film-shoots, including the 2006 films Last Holiday and box-office hit Casino Royale, both of which used the city’s Grandhotel Pupp in different guises.

You will walk through Karlovy Vary and see its special architecture and beauty. Empiricism from early 19th century uses strict ancient shapes and takes Greek and Roman motifs to decorate. Late 19th century was known as eclecticism. You will see townhouses from that time, built mainly in the style of neo-renaissance, neo-gothic and neo-baroque. Townhouses are focused on Viennese architecture, the extraordinary role was played by the Viennese company “Fellner and Helmer”.