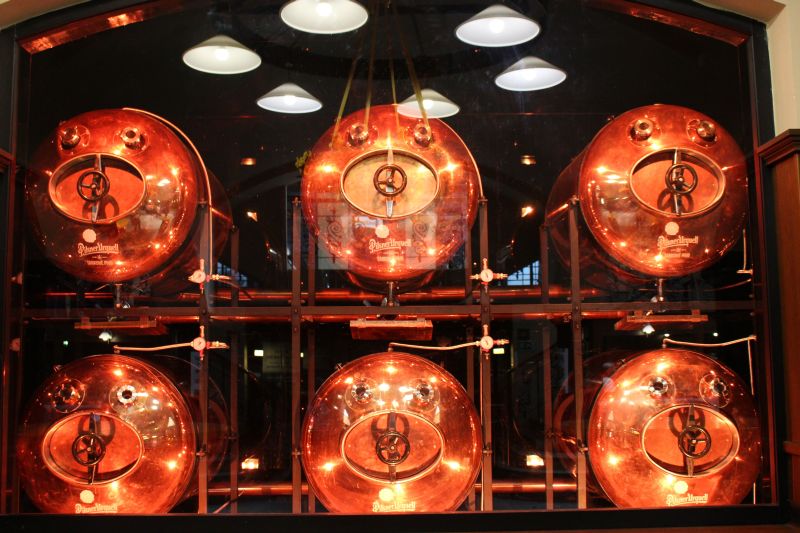 Pilsen Beer Tour is a trip to the Plzensky Prazdroj Brewery, founded in 1842 in the nice town Pilsen. You will travel by car or minivan, explore the beer production and taste the famous and known Pilsen beer.

Pilsen is a city in western Bohemia in the Czech Republic, the 4th biggest city of the country. It was first mentioned for the first time in 976. Pilsen became the royal city from 1295 by the king Wenceslaus II. During the industrial revolution it became one of the most important industrial cities in Czechoslovakia.

Pilsen was occupied by Nazi Germany in WWII and it was liberated by the 16th Armored Division of General Patton’s 3rd US Army. This information was censured by communist regime in 1948-1989. The celebration of the Pilsen liberation by US Army was restored in 1990. Since that time, Pilsen celebrates every early May this moment as the Days of Liberty.

Beer tradition in Pilsen started in 1295 by king Wenceslaus II. He allowed to citizens to product a beer. First idea about Pilsen brewery is known from 1501. The best quality of beer production started in 1839 by idea to build good Pilsen brewery. The brewery was finished in 1842. The first beer was made by brewer Josef Groll. The beer became the mark Pilsner Urquell in 1898, which means “Pilsner Original”.

Plzensky Prazdroj Brewery in Pilsen is a popular target of visitors. Brewery was in 2015 visited by 882 000 of visitors.

You will see the beer brewing process from start to finish and visit the Beer Museum. You will taste the beer Pilsner Urquell. You can eat delicious meals in a typical Czech brewery pub.